Research Update: The Current State of Research Use in Education

Since the passage of the No Child Left Behind Act of 2001 (NCLB), there has been an increased focus on using evidence-based practice to improve education and student learning. This movement encourages educators to use instructional strategies backed by scientifically based research—specifically, randomized controlled trials and other types of rigorous research that address questions of effectiveness. Educators are also encouraged to use student and other types of data to guide decisions. In short, educators are being asked to do “what works.”

Because of the increased demand for evidence-based practices in education, the amount of rigorous education research has increased. Taking the next step, researchers have now begun looking at educators’ use of this research. Specifically, researchers are examining the circumstances under which educators use evidence, what factors encourage and discourage the use of evidence, and how to create a school environment conducive to the use of evidence.

What Encourages and Discourages the Use of Evidence

Educators have reported a number of factors that influenced whether they were likely to use research. The factors listed here, although not comprehensive, include those mentioned in several research studies or literature reviews.

Availability of High-Quality Evidence. Although a large volume of education research reports has been produced since the passage of NCLB, educators reported that only a small proportion of the studies used rigorous research designs like randomized controlled trials or quasi-experimental designs. As a result, educators found little high-quality evidence to guide instructional practices (Hayward & Phillips, 2009; Nelson, Leffler, & Hansen, 2009).

Relevance and Ease of Implementation. Many educators expressed a desire for research studies that applied to their specific situation. In a number of studies, educators reported they were more likely to use research findings if they thought they could apply them directly to their work (Honig & Coburn, 2008; Nelson et al., 2009).

Timeliness of Research. Some educators expressed concerns about the timeliness in which research findings are disseminated. While research studies may take years to complete, these educators felt the pressure to begin using evidence-based instructional strategies and decisions in a much shorter timeframe (Honig & Coburn, 2008; Nelson et al., 2009).

Time Constraints. Educators reported that a lack of time in their busy schedules was a factor in whether they used research evidence. One literature review of evidence-based decision making concluded that “the sheer volume of [administrators’] responsibilities combined with limited time for accomplishing them . . . seems to significantly curb evidence use” (Honig & Coburn, 2008, p. 598; Nelson et al., 2009).

In the classroom, research is just one of many factors that influence a teacher’s decisions and practices. Other factors include teachers’ knowledge of their content area, how it is taught, curriculum and standards, and available resources.

Biases and Incentives. Personal biases and incentives also played a role. For example, many educators stated they were more likely to believe a research report if it conformed to their personal experiences. Educators also reported that they needed an incentive before they would find the time to access evidence. Some studies found that educators only were willing to adopt a new practice, including one that was evidence based, if they were dissatisfied with their current practice (Millar & Osborne, 2009). Other studies found that educators often had ulterior motives in using research: for example, they had a program or practice they already wanted to use and were looking for evidence to support it (Honig & Coburn, 2008).

How Educators Use Research

The barriers to using evidence can paint a discouraging picture, but many educators are in fact accessing research and adopting or facilitating the adoption of evidence-based practices. Educators’ use of research occurs within a specific context and as part of a larger process. In the classroom, research is just one of many factors that influence a teacher’s decisions and practices. Other factors include teachers’ knowledge of their content area, how it is taught, curriculum and standards, and available resources. Such myriad factors form the context in which educators use evidence. For example, educators often modify innovations to fit their setting and the practices with which they are familiar (Millar & Osborne, 2009; Norris, Phillips, & Macnab, 2009). As one report concluded, “Research is more likely to be adapted than adopted” (Nutley, Walter, & Davies, 2007, p. 303). Yet the question of the effectiveness of such adaptations remains.

What a Researcher-Practitioner Partnership Looks Like
SEDL has a rich history of helping educators identify and implement evidence-based practices. 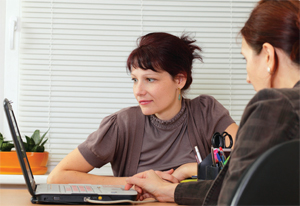 Acknowledging these findings, many studies describe educators’ implementation of evidence-based practices as a dynamic process rather than a single act. “Research can make a difference when teachers integrate new ideas or approaches into practice and then reflect on their own experiences to abstract and construct new understandings,” observes one author. Evidence suggests that professional development sessions give educators the opportunity to try new practices and collaborate with colleagues as they reflect on the outcomes (Butler & Schnellert, 2008, p. 38).

Some studies have begun to place educators’ use of evidence within the larger organizational change process. The decision to adopt a particular program is often made at the school, district, or state level, yet it is often up to the individual to implement research. Whether this happens depends on the organizational culture since barriers to using evidence often exist at the organizational level. It is up to the school or district to create a culture that promotes the use of evidence-based practices (Hemsley-Brown & Sharp, 2003; Nutley, Jung, & Walter, 2008).

In light of this information, researchers, educators, and policymakers are re-examining the researcher-practitioner relationship. Calls for greater collaboration between researchers and practitioners are encouraging researchers to seek educators’ input early on to ensure that researchers are addressing relevant research questions and communicating findings in a way that practitioners can use.

Many studies describe educators’ implementation of evidence-based practices as a dynamic process rather than a single act.

As policymakers, researchers, and educators continue to negotiate the best way to connect research and practice, there are many indications that evidence-based practice will continue to play a crucial role in education. Just as educators and other stakeholders learn from the growing body of evidence, they are learning from the growing number of studies on effective dissemination practices. 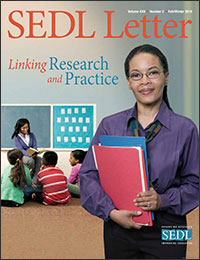