Required Reading - Literacy Education Under No Child Left Behind

High expectations are necessary if you're going to encourage schools to serve the people they should serve.

Thanks to funds made available through Reading First, part of the federal No Child Left Behind (NCLB) Act, literacy instruction is stronger in 67 Arkansas schools. These schools employ full-time literacy coaches. They provide educators with professional development targeting reading instruction. They implement special reading programs and supply aligned materials for English language learners and others having difficulty reading. And they monitor students' progress in reading through new tests.

"It has helped us be more focused on scientifically based research," which is a major thrust of the effort, affirms Connie Choate, director of the Arkansas Department of Education's Reading First Project. "It's been a lot of work to get our staff development revised so that it's all research based, but I think it's been a very good thing."

Sebastian Wren, a program associate who works with SEDL's Regional Educational Laboratory sites in Arkansas to improve reading achievement, sees educators working "night and day" with enthusiasm to help children read. A small rural school with which he works that failed to make "adequate yearly progress" this year is paying a private company about $50,000 to tutor the students who need additional help. It will be a hardship, but the school is taking necessary steps to support its students.

"We're going through some pains in this region, as we are across the country, but it's one of these things where schools are finally having to own up to the fact that they can help every kid," says Wren. "High expectations are necessary if you're going to encourage schools to serve the people they should serve."

In schools, districts, and state education agencies nationwide, those responsible for teaching children to read are wrestling with such high expectations. Choate hopes to reach more of her state's 1,100 schools with Reading First. "Even though we're starting the third year of the program, we just have over a year's worth of implementation so far," she points out. "We just need to continue helping these schools we have right now. Real implementation takes time." 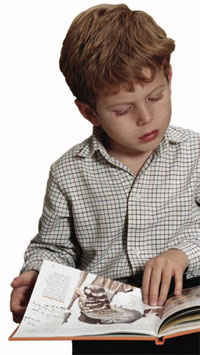 The No Child Left Behind Act, passed by a bipartisan majority of Congress in 2001 and signed into law by President Bush in January 2002, is expected to continue dominating the country's education agenda. Bush has outlined plans to expand the legislation—the latest reauthorization of the 1965 Elementary and Secondary Education Act, the federal government's main K–3 education law—with new efforts aimed at rewarding effective teachers and boosting instruction and assessment for middle and high school students.

"One of my real concerns is that we stay on track," says Sandy Garrett, Oklahoma's superintendent of public instruction, who says she believes that the political will for reform remains intact at the federal level. "You know, Ted Kennedy was in that picture with George Bush when No Child Left Behind was signed."

Recognizing that literacy skills are crucial to academic success across the curriculum, NCLB currently makes improving children's reading skills a centerpiece of its reform agenda. Under the law, Reading First offers competitive grants to help establish scientific, research-based literacy programs for students in kindergarten through third grade. Funded at $1.02 billion in 2004, the program prioritizes schools and districts in economically disadvantaged areas. The program supports such approaches as screening and diagnosis of reading difficulties, monitoring of student progress, and high-quality professional development. Each state is encouraged to build a comprehensive infrastructure to guide reform and assist districts funded under a state-run competition for subgrants.

Of course, there is more to NCLB than Reading First. Dramatically changing literacy education in the Southwest and across the country, the law also stipulates that all states must:

Many observers see the law as a boon to literacy education. "Certainly it's brought attention to reading, since that's one of the four areas that's tested," observes Kathy Christie, vice president for clearinghouse and information management with the Education Commission of the States. If these efforts fail to produce the desired outcomes within a few years, then federal and state leaders simply will need to make adjustments, she adds. "You work off data. You determine what is effective."

NAEP scores, which offer a uniform yardstick of performance across states, provide the baseline against which progress will be measured. But officials warn that it is still too early to look for the signs of progress in NAEP—the scores so far likely reflect little of NCLB's impact. The law is only about three years old, and many states did not receive their first round of Reading First funding until 2003. While it appears to be a "fantastic program for children," there just is not enough achievement data available yet to back up that impression, says Jana Bland, Reading First director for the Texas Education Agency. As of November 2004, Texas and other states were preparing reports to the U.S. Department of Education, required under the law, including updated achievement data. Education officials warn that the program's emerging influence on teaching and learning may only be glimpsed in these data.

Education researchers have provided little more certainty with contradictory studies published in recent months. In October, Bruce Fuller, a University of California at Berkeley researcher, released an analysis of 15 states' reading scores, finding no compelling pattern of rising achievement in grades three and four since passage of NCLB. Later that month, a separate study by the Education Trust, a school reform and equity advocacy group based in Washington, DC, contended that fourth- and fifth-graders' reading scores have climbed in 15 of 23 states examined since the statute took effect. Critics of both studies have assailed the narrow limits of these examinations and questioned the possible political motivations for releasing such findings just weeks prior to the November elections.

Around the same time, however, the U.S. Government Accountability Office (GAO), which is the research arm of Congress, issued two reports apparently backing some educators' claims that NCLB is not doing enough to help schools meet the ambitious goals it has set for them. One report concluded that many states are falling behind in meeting the law's requirements, particularly in the design of educational accountability plans and that the U.S. Department of Education is failing in its responsibility to guide them (GAO, September 30, 2004). The other report by the GAO asserted that the federal education agency specifically needs to provide more support to small rural school districts, which are common in the Southwest (GAO, September 23, 2004).

Throughout the region, states are taking the challenge to boost literacy seriously, most notably launching or bolstering efforts to provide technical assistance and reading instruction workshops, academies, and summits for principals, K–3 teachers, special education teachers, early childhood teachers, paraprofessionals, and parents. But whether these efforts will be sufficient to do the job remains to be seen.

There can be no doubt that some states are struggling to meet NCLB's requirements. The law demands that all students be made proficient in reading by 2014, for example, but students in nearly a third of all public schools nationwide currently are not making the grade in this core subject, according to the National Conference of State Legislatures. Tens of thousands of schools nationwide already have been labeled as failing to achieve adequate yearly progress.

Advocates argue that NCLB provides just the right mix of high expectations, support, and accountability needed to inspire scholastic success. For instance, the law is structured to allow states and districts increased flexibility in spending federal dollars and, through a change in the Title I formula, enhanced support for districts with large shares of poor children. But critics question whether the law's ambitious goals are attainable, particularly given what some believe is limited funding and unrealistically tight time frames. With stiff financial penalties looming for schools that fail to hit academic benchmarks, some educators anticipate an onslaught of lawsuits intending to circumvent sanctions outlined in the measure.

"It has created some challenges," says Robin Jarvis, assistant superintendent for student and school performance as well as Reading First coordinator for the Louisiana Department of Education. The state already has had to modify the accountability system it had in place before NCLB. Also, Louisiana administers standardized tests in March of each year, so it has been difficult to use those results to inform accountability decisions before the start of the next school year. And, Jarvis adds, there are concerns about meeting deadlines for teacher quality requirements since Louisiana has had to restructure its way of handling middle school teacher certification.

Still, she expresses optimism. "We have really embraced, from the state level, the philosophy and research focus of Reading First," Jarvis says, adding that Louisiana plans to do what it takes to scale up NCLB's approach to all its schools. "We're working with experts across the country who can help the states in implementing it."

"There are advantages and disadvantages," agrees Patricia Parkinson, assistant secretary for instructional support of the New Mexico Public Education Department, echoing some ambivalence about NCLB. "The overarching idea is really wonderful, and it's brought a new look to many of our programs—but we're all still learning it. We've gone to a lot of training, and we've had to absorb a lot of costs of implementing it in our budget. And that's tough."

Geoff Camphire is a freelance writer and consultant who specializes in education issues. He lives in Virginia. 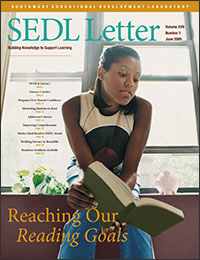