Are Our Teachers Good Enough? 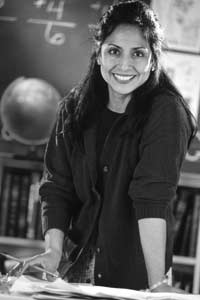 A few years ago, Dallas Independent School District's Robert Mendro started comparing the test scores of elementary school students. He had a hunch that the teachers a student had made a difference in that student's test scores. But Mendro, the district's chief evaluation officer, says even he was startled at the size of the achievement gap he uncovered.

The lesson learned in Dallas was obvious: Teacher quality counts. At about the same time, other researchers were reaching similar conclusions. In a recent analysis, the Center for the Study of Teaching and Policy asserted that the percentage of well-qualified teachers in a state is the most powerful and consistent predictor of its average achievement level on the National Assessment of Educational Progress (NAEP). And in Educating Teachers: The Academy's Greatest Failure or Its Most Important Future? (1999), Stanford University researcher Linda Darling-Hammond showed that teacher ability is a stronger determinant of student achievement than poverty, race, or parents' educational attainment.

The expanding body of research on the topic, amplified by the past decade's increasingly urgent calls for improving student achievement, has made teacher quality arguably the hottest issue in education today. But the challenge of improving teacher quality is greater than ever.

Considering the longstanding push for higher standards in education, one might suspect that focusing attention on teacher quality would be a no-brainer. But policymakers and education leaders nationwide are wondering whether they can sustain even current quality levels, given today's teacher shortage. And this shortage is expected to deepen and continue throughout the next decade.

Some places will feel the pinch more acutely than others will. Many of the areas likely to be hit hardest by shortages are in the country's southern and western regions due to increasing student populations.

So where are all the teachers? Either they are moving on to greener pastures or they never gave teaching much chance. In fact, Education Week reported in a recent analysis that more than one out of five new teachers leaves the profession after four years.

Why They Walk Away

Teachers give many reasons for turning their backs on the classroom. Some cite poor working conditions, school bureaucracy, and lack of support. Others say problems stem from inadequate preservice training and limited opportunities to upgrade their skills. According to a nationwide survey by the U.S. Department of Education, only one teacher in five feels very well prepared to teach in today's classrooms.

"Our colleges of education and departments of education are too often treated like forgotten stepchildren in our system of higher education," former U.S. Secretary of Education Richard Riley remarked in an address on teacher quality. "And when eager new teachers enter the classroom for the first time, we give them little, if any, help."

Clearly, those who choose other options are signaling that what teaching asks of them is not worth what it offers in return. Low compensation is a major barrier to staffing schools with qualified teachers. In 1999, U.S. teachers averaged starting salaries of less than $27,989, far below starting salaries of more than $36,200 for all other college graduates, a recent American Federation of Teachers survey showed (see chart). 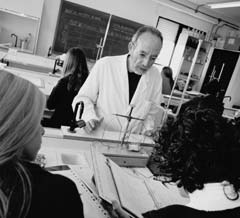 The pattern of poor pay for teaching, a field traditionally dominated by women, has been well established for decades. Some states and districts have started addressing the problem in recent years, but overall little has changed. U.S. teachers' average salaries inched up only 19.7 percent from 1991 to 1999, increasing at roughly the same rate as food-service workers' salaries but not enough to keep pace with inflation, reports one economic consulting firm.

Close to home, the picture is even more disappointing. According to Education Week, the states of Arkansas, Louisiana, New Mexico, and Oklahoma rank among the "Bottom 10" states in the nation in terms of teacher pay. Oklahoma, where teachers earned an average salary of $29,525, was the second-lowest-paying state in the country during the 1999-2000 school year.

Meanwhile, public education systems are asking teachers to take on a dizzying array of new challenges, including:

For educators around the country, the high-stakes testing and other accountability systems already in place heighten the sense of urgency around teacher quality issues. "They're [public education systems] going to have to address these issues eventually anyway, so they had better get on with it," warns Richard Elmore, a Harvard University education professor who has written extensively on teacher quality. "We're at a kind of critical stage."

Will public education systems that demand higher levels of teacher quality find their pools of candidates shrinking? On the contrary, some education leaders say, promoting teacher quality can be a dramatic way of supporting the profession - and making it more desirable to qualified candidates and current practitioners.

"Concerns about the quantity of the supply have paralyzed people from acting on quality," says Kati Haycock, director of The Education Trust, a Washington, D.C.-based organization that advocates effective education for all students. "There's a kind of assumption that if we raise standards for who teaches, we will automatically worsen the shortage. But there is a fair amount of evidence that that's actually not the case, especially among the high-end people who will be needed to join this increasingly complex work - and who are attracted by higher standards, not repelled by it."

Haycock and others have recommended several promising strategies for strengthening teacher quality and raising the status of the field, including: 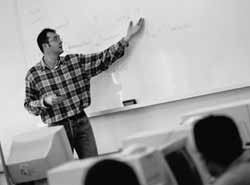 Finally, Haycock points out, education leaders must recognize the multiplicity of factors that lead to shortcomings in teacher quality. "Unless you understand that there are various roots of the problem, you're not likely to be able to solve it because there's no single way of solving it," she asserts. "You have to take a comprehensive approach."

The stakes are indisputably high. In the words of David Haselkorn, president of the Massachusetts-based Recruiting New Teachers, Inc.: "Teaching is the profession that makes all other professions possible."

The author of this article, Geoff Camphire, is a senior manager with KSA-Plus Communications, based in Arlington, VA. He has written on education issues for more than 10 years.


Next Article: Are Alternative Certification Programs a Solution to the Teacher Shortage? 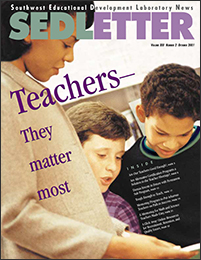