Published in SEDL Letter Volume XX, Number 2, August 2008, Afterschool, Family, and Community
AfterWords, the e-newsletter of the National Partnership for Quality Afterschool Learning, which is funded by the US Department of Education and based at SEDL, is now an award winner. AfterWords received the Association of Educational Publisher's (AEP) Distinguished Achievement Award in the E-newsletter, Adult Learning category. 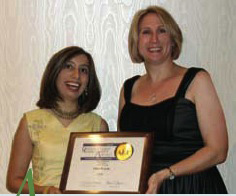 Catherine Jordan, director of the National Partnership, said, "We're so excited that AfterWords was recognized by AEP for its informative content and accessible, friendly design. We know the newsletter has been well-received by afterschool programs around the country, so this is the icing on the cake to receive the AEP's prestigious award."

For more than 40 years, the AEP Awards have recognized significant and excellent achievement in educational products and education marketing. AEP received about 1,000 entries this year in the Distinguished Achievement Award and Beacon Award competitions. The Wall Street Journal and WestEd were finalists in the E-newsletter, Adult Learning category along with the National Partnership.

The recent AEP award hasn't been the only win for the National Partnership. In February, partner WGBH Educational Foundation won a highly acclaimed CINE Golden Eagle Award for video production on the Toolkit for Afterschool Learning.

The three winning videos from the Toolkit were "Rehearsing The Tempest," "Integrating Science Across the Curriculum," and "Investigating Science Through Inquiry." Cynthia McKeown, video producer at WGBH, worked with associate producer Jayne Sportelli, editors Karen Silverstein and Mary-Kate Shea, and executive producer Amy Tonkonogy worked to create all the videos for the site. McKeown says, "It is an honor to be recognized by CINE with a Golden Eagle Award, and it is also very gratifying to know that the Partnership's important work in promoting promising practices in afterschool is being honored as well."

Congratulations to all involved on these award-winning products. 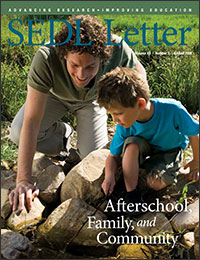