The purpose of standards is to provide teachers and students with clear expectations for instruction and learning. They signal that all students, regardless of family background or where they happen to live, are expected to achieve a high level of learning.

Accountability systems contain two kinds of standards. States and communities have established standards for the content of education in different grades–that is, what students need to learn and know–and performance standards–the level of acceptable proficiency within grades.

According to Quality Counts, a state-by-state review of education reform published by Education Week, every state but Iowa has adopted standards for some subjects. Of the 50 states, 44 have standards in English, mathematics, social studies, and science. (Look below for information on the status of the development and adoption of standards in the SEDL region.)

Public opinion remains staunchly behind higher, more challenging standards. More than 80 percent of parents polled by Public Agenda (Johnson & Duffett, 1999) said they believed higher standards would strengthen students’ academic performance. What’s more, support for higher standards was strongest among low-income families–historically those most poorly served by the education system. Even students themselves said that they would work harder if they were more challenged to do so.

But the adoption of standards assumes society’s consensus on both the academic content and performance outcomes of schooling. And there’s the rub. Despite the ubiquity of education standards, the dispute over how to mesh these new expectations with the everyday realities of schooling has never been resolved.

How High Is Too High?

One consequence of higher standards has been low student test scores. Low scores on state mandated tests are setting off policy debates about "How high is too high?" Massachusetts, New York, and Virginia are a few of the states exploring options for dealing with poor performance. Such options include lowering the passing bar or postponing consequences for schools and students until other parts of the system, such as professional development and mechanisms for providing extra help to low-achieving students, are in place.

In his State of American Education address in February, U.S. Secretary of Education Richard W. Riley reminded listeners, "Setting high expectations does not mean setting them so high that they are unreasonable except for a very few."

But other critics of the education system argue that softening expectations or reining in the implementation of higher standards now would signal a wavering resolve among policymakers to press reform forward. There are those, too, who believe that the rigor, depth, and scope of student standards still lag behind the knowledge and skills that students will need for success later in life. These people say the new standards are still not high enough. Questions about the rigor and usefulness of the new standards led to the formation of Achieve, Inc., a nonprofit group based in Cambridge, Massachusetts. Created by the nation’s governors and business leaders, Achieve, Inc. has as its mission helping states strengthen the quality of their standards and tests by benchmarking them against those of other states and nations.

Standards in the Region 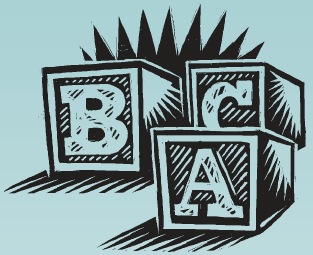 In Louisiana. The state has produced content and performance standards in mathematics, language arts, social studies, science, the arts, and foreign languages.

In New Mexico. The state adopted content standards in the arts, languages (modern, foreign and native), mathematics, science, social studies, physical education, health education, and career readiness. It developed performance standards in each area, which are being reviewed and in some cases, field tested.

In Texas. The state has standards in language arts/reading, mathematics, science, and social studies. Performance standards are incorporated into each content area. 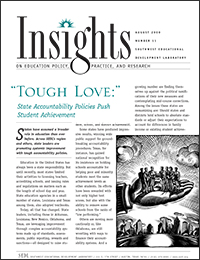