Learning community has become a popularly used term in educational literature, particularly with regard to school reform. The idea of a learning community is an adaptation of the concept of learning organizations, described by Senge (1990). Learning organizations are comprised of people who see themselves as connected to each other and the world, where creative thinking is nurtured, and ". . . where people are continually learning how to learn together" (Senge, 1990, p.3). Sergiovanni (1992) observed that "the idea of a school as a learning community suggests a kind of connectedness among members that resembles what is found in a family, a neighborhood, or some other closely knit group, where bonds tend to be familial or even sacred" (p. 47). A related concept, a "school-based professional community," was characterized by Kruse and Louis (1993) as one where teachers engage in reflective dialogue, where there is de-privatization of practice, collective focus on student learning, collaboration, and shared norms and values.

In an extensive review of the school reform literature focusing on school context, Boyd(1992a) identified indicators that facilitate change. Seventeen of these indicators (Boyd, 1992b) describe a school as a learning community, whose culture reduces isolation, increases staff capacity, provides a caring, productive environment, and promotes increased quality (Boyd & Hord, 1994). A learning community is a place where critical inquiry is practiced by collegial partners who share a common vision and engage in shared decision-making. This continuous critical inquiry provides a basis for seamless school improvement.

Leadership, however, is essential for the creation of a learning community, whose culture is shaped by an accumulation of hundreds of leaders' actions - no single one seen as critical. In combination, however, they profoundly affect a school's context for change and improvement (Peterson, 1988). Beckhard and Pritchard (1992) cite this leadership and note that "a learning mode only occurs when an organization's top leaders understand the process, see learning as something to be valued, and are prepared to personally commit themselves to it" (p. 14). Through this kind of leadership provided by four principals, a learning community was created at John Dibert Elementary School.

John Dibert Elementary School is located on the fringes of the downtown business and industrial area of a large, southern, urban city. This kindergarten through grade six school serving400 students is surrounded by houses in need of refurbishing where a majority of the students come from low-income families. The seventy-year old building is close to a large city park, and there is a community college not far away.

As has happened in many urban neighborhoods, the population of the school dwindled as families grew older and residents moved to the suburbs. In the early '70s, the school became highly bureaucratic and rigidly structured, and hierarchically dominated by its single administrator as the sole decision maker. Because of the ever-decreasing student population, the school board discussed closing the school, and this crisis stimulated significant action by a few tenacious parents who did not want to lose their school.

These parents developed a coalition of other interested parents who initiated dialogue with the board to keep the school open. As a result, a decision was made to maintain the school as an open-enrollment magnet school. With the new concept of magnet school came new administrators and the challenge to generate sufficient student enrollment to remain open. This paper is the story of that challenge, of the re-creation of the school, and of the principals who played a major role in the re-formulation of the school.


Next Page: Regeneration: The Principal Factor 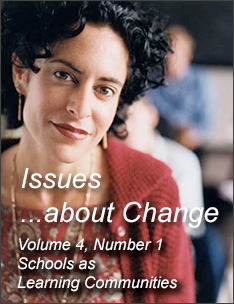