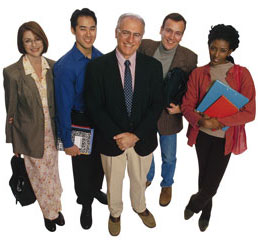 "Research suggests that society in general, and education in particular, could benefit substantially from efforts to transform impersonal, fragmented bureaucratic organizations into places where participants share goals and pursue a common agenda of activities through collaborative work that involves stable, personalized contact over a long term." (Newmann, 1991).

A Professional Learning Community (PLC) is defined as a school in which the professionals (administrators and teachers) continuously seek and share learning to increase their effectiveness for students, and act on what they learn (Hord, 1997). Hord adds that schools organized as PLCs are characterized by five dimensions: shared and supportive leadership, shared values and vision, collective learning and application of learning, supportive conditions, and shared personal practice. Hord asserts that by nurturing and developing each of these five dimensions, a school staff can evolve into a learning community.

Research has shown the benefits of schools becoming professional learning communities, including those noted by Newman (1991) and Hord (1997). What is missing from the research literature, however, is the answer to these questions: How is a PLC created? What are the beginning actions schools can take to create a PLC?

The Strategies for Increasing School Success (SISS) Program at Southwest Educational Development Laboratory (SEDL) is seeking answers to these questions through the Creating Communities of Continuous Inquiry and Improvement (CCCII) project, a collaborative effort with twenty-two Co-Developers. The Co-Developers represent higher education faculty and researchers and staff from state education agencies, intermediate education agencies, local education agencies, and regional education laboratory staff and consultants. These individuals are working at sites across SEDL's five-state region and the nation, to create Communities of Continuous Inquiry and Improvement or, as it is more often referred to in the literature, a PLC. This paper describes actions of Co-Developers and school personnel in their early efforts to initiate development of a PLC.

The analysis that follows provides insight into actions taken by the Co-Developers, principals, and various teachers to begin creating a PLC at these school sites. The Co-Developers focused considerable time and attention in getting acquainted with the school — the staff, policies, norms, resources, and context in which the school exists. They also devoted time and attention to assessing the degree to which each of the five dimensions was evident in the school. Thereby, the Co-Developers gained important information about where to begin with the school. They learned where the staff was most receptive to change and how much they could influence staff.


Next Page: Shared and Supportive Leadership 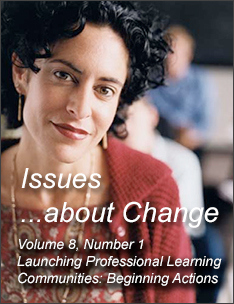